Tips For Your Travels.

Travelling always brings a joy in one’s life, the indescribable feeling of discovering a new place, meeting new people, is anything but more exhilarating. Although Before travelling to any place one must keep in mind the simple necessities and hacks they might need along the way, especially the places as far as Africa.

Tanzania is a simple country, it doesn’t demand high expensive necessities nor does it cause any inconvenience of luggage increase, although for a better experience it exigencies the use of the following.

Not all parts of the country require repellents, but due to the difference in temperature and climate certain places demand repellents more. In places such as the game park, camping website or areas near the wild and extreme humid places maddening yourself with crazy itches is inevitable, especially if you head for safari, the need for repellents and insect bites sprays are dire.

DON’T FORGET YOUR REPELLENTS, better to be safe than sorry.

And I don’t just mean have few baggages, I also refer to the clothing code and outfit selection, Due to our warm climate you probably won’t be bothered by goose bumps all over your skin and the every night cold feet. Plain shorts, summer dresses and cotton shorts work just fine, and while you are in a safari it’s suggested to dress grunge, nothing to bright or less modest due to the heat and wild insect bites. Hats, scarves and sunglasses are a personal choice as well, anything to get you a cover from the heat.

Although English is known nationwide by many of the Tanzanians, but not all are comfortable speaking it so they retort to the national language more often. This won’t cause much inconvenience in your stay but it’s advised to at least learn the basic Kiswahili phrases such as ‘hello’ for Jambo, ‘thank you’ for Asante and ‘goodbye’ for Kwaheri.

(Tip: the Tanzanian natives always enjoy when a foreigner speaks their tongue and hence establishes a social good relationship among them.)

When travelling anywhere you should always respect how other places, culture or practices work, at times it may seem wrong to you or you might want to argue at certain points but you better hold your tongue when it comes to Tanzanians. Not that they are violent people, but they are most sensitive when it comes to their culture and beliefs, one might succeed in offending the natives easily with rude, unwanted or judgmental remarks.

Also try to blend in and dress appropriately given the rule of the area, mainly just to avoid discomfort among the natives.

There is no a better hack in living in Tanzania, or in any place for the case, then living like the locals, not only do they know how to live cheap but they know most of the inside stories and a great source of anecdotes for the bloggers and vloggers in general.

Also, the food found with the locals most of them are cheap and way more taste alluring then the ones found in expensive hotels.

These simple guidelines are one means of making your stay enjoyable in any place.

Although as Wildness Safari we ensure your comfort ability as our first priority, hence causing no inconveniences as you experience this once in a lifetime exhilarating adventure.

Tanzania is one of those countries that may or may not fall in your holiday plan radar, due to various factors and also because of its under-popularity in the foreign countries unlike the other sumptuous countries.

But we like to think, usually the best things go unnoticed and we would like to share with you some of the fine things that make Tanzania the perfect getaway for the family or for the solo’s.

Before travelling anywhere first you will try researching the security status of the country and then make your decision. But when it comes to Tanzania you don’t have to fear, although frankly speaking you’d find one or two minor scandals, but you’d find that anywhere else too and all you have to do is stay alert with your luggages and gadgets.

Tanzania is one of the most non-discriminatory country, habitating various religions, cultures and respecting and upholding the beliefs of many societies, this proves that Tanzanians are peace loving people and tourists can enjoy their safaris and tour in the country freely without the fear of any racial discrimination  attacks.

Also, Tanzania is friendly with her neighboring countries, hence there’s a good relationship with societies of different nationality creating a pleasing environment, but it doesn’t end there, even in terms of political stability, our country’s citizen and the government mostly agree in the same notion which brings a sense of democracy among people and Tanzania even has the appropriate tools and weaponry storages that can protect her country if anything does happens to threaten her inhabitants.

Tanzania is known proudly for its culture, traditions and customs. This is perfect place for an adventurous as well as an educational journey, where from kids to the adults can expand their knowledge on the history of man. For instance the Amboni caves where early man’s paintings are preserved, to Arusha where Dr.Leakey had discovered early man’s skull. 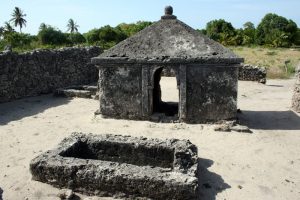 The Kaole ruins in Bagamoyo is also one of the educational places to visit, where the Portuguese and Arabs had established their settlements in the past era. The Zanzibar Stonetown in Zanzibar Island is also known for its archaic houses and buildings which are preserved from the era the Sultan had fled from Muscat, Oman to Zanzibar and started the famous cloves plantations.

As explained before, in Tanzania we uphold our cultures, traditions and customs religiously, this not only makes our country more attractive but also more secure, since our culture teaches us to be peace-loving and respected people.

Our tribal societies such as the original Maasai tribe, attract curious tourists, who research on their lifestyles, customs and their day to day activities. Not only the Maasai, we have 120 tribes such as the Hadzabe’s, Chaga etc, where each of the societies/tribes have different customs and traditions. 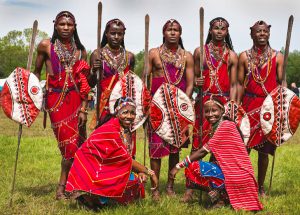 The Tanzanians avoid adding any artificial preservatives in their food or any anything non-organic almost all the time, we choose our veggies fresh from the market, and for those who live in the rural areas, they grow their own veggies. Since all of our food is stewed from organic ingredients only, there are low chances of falling sick with food poisoning or stomach aches, but instead you consume food rich in protein and glucose.

For instance, the Tanzanian national food is Ugali, also known as African pudding, which is mainly made from flour and it’s usually served with curry accompanied by fried fish or roast meat, it is not only known to be delicious but it is healthy as well.

And as some say ‘you are what you eat’ (not literally) Ugali represents Tanzanians as Healthy & Energetic people. 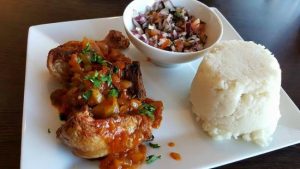 (Hack:  It’s advised to enjoy the meals from the local areas rather than the expensive hotels, cause’ it’s not only cheap but the locals capture the actual Tanzanian food essence) 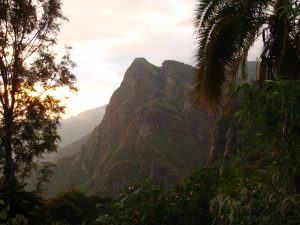 Rich in mountains, water bodies and green luscious vegetations, Tanzania is attributed to be known as the nature haven. The greenery areas such as Morogogoro or the great mountain scenic views in Arusha, not forgetting the boating experience in Gombe and Zanzibar Islands provide a range of themes of how you’d like to spend your journey, from green grass views to deep blue oceanic views.

This not only provides you with a numerous list of sight-seeing but also gives you various options in experiencing something new every day by changing your surroundings drastically, proving truth to the phrase ‘You are never bored when you are in Tanzania.’

(P.s: Let’s not Forget the unforgettable breathtaking sunsets and sunrises you will get to experience in Tazania, you’d be lucky to loose yourself and blend your thoughts with the soft color pastels that adorn the sky by the sun.) 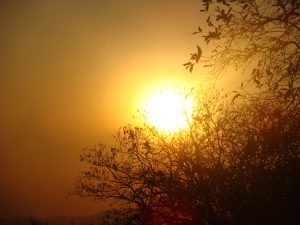 If you were looking for a sign all this time in finding a perfect travel experience, well here it is, your ultimate sign as to why you should travel to Tanzania, and us, as The Wildness Safari Crew we urge you to travel with us to find comfortability in your stay and prevent any hurdle along your journey.